I don’t think I’m exactly saying anything too revolutionary when I say that autistic people and food have a very weird relationship. God knows how many books, journals, TV shows, and even blogs (like this one) have talked about the topic at length, so I won’t bore you by going over what everyone already knows. What I will do is just talk about what I believe to be the perfect “autism food” so to speak: the sandwich. Now I know what you’re thinking: “What the hell is this man going on about?”, which is a very valid question, but, I got to thinking about this recently after my mom showed me a post on Instagram joking about how the chicken nugget is the “universal food of autism”. It’s a perfectly harmless, innocuous meme, and one that does hold a lot of truth, given that for the first ~12 years of my life, all I would eat are Perdue chicken nuggets and cut up bananas with a side of ketchup. But it also got me thinking about not only the relationship between autistic people and food but also my relationship with food, and what my favorite food was. It was something I never really quite found the answer to until a few days ago, when I was eating at a little sandwich shop in Mesa called Flancer’s (Great food by the way, I’d totally recommend. They also deliver in Mesa AND Gilbert) and I realized the answer was right in front of me. It’s the sandwich, a food item that basically covers all the bases of the weird food-related quirks of autism.

First off, (andI think this goes without saying), but autistic people tend to be really picky when it comes to food. Whether it be taste, temperature, texture (especially texture god almost every autistic person has their Bad Texture, mine was mushy), flavor, or whatever, there’s always a level of pickiness and hyper selectivity when it comes to food, and that’s not even factoring in allergies (like my peanut allergy). As a result, our personal menus seem to be very…..limited to put it lightly, and that’s where the first draw of the sandwich comes: it’s flexibility. A sandwich can literally be made however you want with whatever you want. You only like chewy foods? You can put them on there! Only like chicken nuggets or other fried food? You can put that on a sandwich! You hate mushy foods or crunchy foods? You don’t have to put them on there! Like your food scorching hot or freezing cold? Throw it in a microwave or throw it in the fridge and it’ll still be good! Allergic to bread? You don’t need to even use bread as buns, make a lettuce wrap! You can make a sandwich out of just about anything however you want, which I believe helps it act as a somewhat “catch all” solution to the food-related problems that autism can and usually does bring.

That’s far from the only reason that I think it’s the perfect “autism” food however, and that leads me into my 2nd reason, which, while not as major as the first one, is still a pretty big deal if I say so myself. I can safely say from both my own experiences and those of others, that autistic people don’t exactly have the best hand-eye coordination skills, and that makes handling certain things pretty difficult, and this can prove to be a major problem when it comes to food. This is because most food requires a utensil of some kind, whether it be a spoon, a knife, or a fork, or sometimes even multiple at the same time, and using these tools correctly can be a trial in and of itself because of the aforementioned coordination issues. It can get so frustrating it almost makes you wish you could just eat all food with your fingers and be done with it, societal norms be damned. And this is where the sandwich once again comes in handy, because well, you don’t have to worry about any of that. Not only can you eat a sandwich with your hands, but you’re pretty much expected to, so you don’t need to futz around with utensils or figure out which knife is good for it or if what spoon you need or where you have to put it or any of that nonsense, you can just pick it up and eat it, nice and simple. No huss, no fuss, just a nice, simple sandwich.

Speaking of “simple”, that leads into my final point about the sandwich and why it’s the perfect “autism” food: it’s really simple to make. Just think about it for a second’ if you want to make say, chicken nuggets or fish or eggs or most anything, it’s a whole process. Even with a recipe which tells you everything you need to do, it’s still a step by step process that basically demands that you do everything almost exactly as written (At least for the first few times) or else it’ll turn out bad. And even if you do everything right, it still requires your absolute full attention from start to finish which, if you have attention deficit problems or executive dysfunction problems like I do, can be really, really annoying since you want to just eat and do other things. Once again, the sandwich comes in handy. This time it’s because the actual process of making a sandwich is incredibly simple, not to mention incredibly time-efficient. You just need to take out all your ingredients, slap them onto some bread (or whatever sandwich material you desire), add whatever fixings you like, and presto! You have a sandwich that’s complete and ready for eating! What’s also great about it being so simple and easy to make is even if you enjoy cooking through and through and look forward to it, sometimes you don’t have enough time to cook a full meal. Sometimes it’s either too early or too late to cook a full meal, or sometimes you’re just a bit too tired to actually make something but you’re still hungry, or maybe you don’t have enough time or money or even spoons to go shopping for ingredients for a big meal or maybe you’re just not in the mood. Any way you slice it, in all of these situations the simplicity, efficiency, and like I mentioned earlier, customization capabilities of the sandwich all come in handy in the best possible way. Heck, even if you don’t have enough spoons to make one or you’re not in the mood for an entire sandwich, you can still eat the ingredients, and even if you’re a picky eater, since the ingredients are whatever you want, you can still get a good meal out of it. Either way, it’s a win-win situation, and another thing that firmly cements the sandwich as the perfect “autism” food.

I know this was a very bizarre topic to post about, especially given that this is supposed to be a blog about autism and autism-related experiences, but I feel like it was not only appropriate, but necessary. Before even attempting to write this, I looked up the phrase “Autism and food” on Google, and what I found was a bunch of articles and blog posts written by various groups ranging from organizations like Autism Speaks, to websites like WebMD, to actual medical journals, news articles by the likes of Fox News, to even blogs by mothers of children with Autism (Heck, an Instagram post by mothers of autistic children is what inspired this post to begin with).. But what I didn’t find was insight from actual autistic people who have actually had to live with this, and I find that to be absolutely ludicrous. So you know what? I decided that I would write this because I think it is absolutely necessary for autistic viewpoints and perspectives to be included in a conversation about them. And as to why I decided to approach it from this angle? The ‘Tism is not and will never be about treading the same old tired ground when it comes to autism. This is about is giving a fresh new perspective on things. It’s about finding the fun things in a disorder people tend to take so darn seriously.

And frankly, I can’t think of anything more fun and unique for a blog like this to do than spend 4 pages rambling about sandwiches. 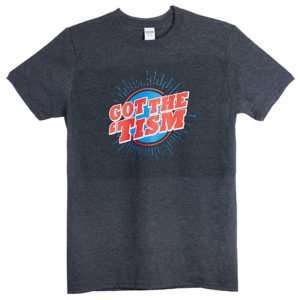 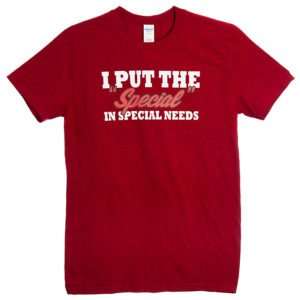 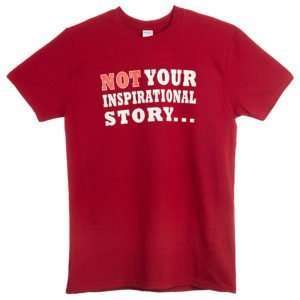 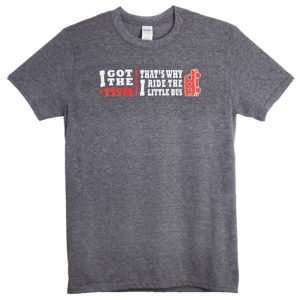